Is Crowdfunding Right for Your Flash of Cash?

Once that lightbulb has gone off in your head and you decide to pursue your flash of cash, your next step is to decide how you will get financing to bring it to market.  Are you going to fund it yourself with your savings or credit cards?  Are you going ask friends and family for money?  Are you going to ask a bank for a loan? Are you going to search out an Angel investor or a venture capitalist?  Before you decide on one of these more traditional forms of startup funding, you should also consider whether crowdfunding might be a good alternative. 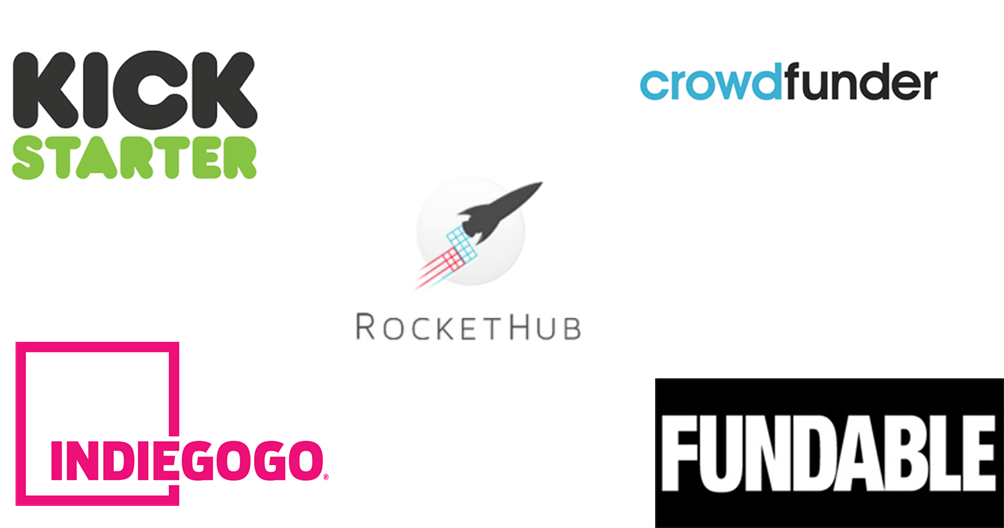 As the name implies, crowdfunding means to use a crowd of people to obtain funding for a project or new venture.  In this model, each investor contributes a small amount of money to the project in return for a reward or an ownership position in the company. While crowdfunding can be implemented in a variety of ways, like using direct mail or telemarketing, the most common method for crowdfunding today is via the Internet and a website like Indiegogo or Kickstarter.

Since there has been a lot of news and political legislation in the US recently around crowdfunding, you may be led to believe that this is a new phenomenon.  However, crowdfunding has been around for a long time and has its roots in micro-lending.  More recently artists, writers and musicians have been using crowdfunding to fund artwork, movies, books, and concert performances.

Prior to the widespread adoption of crowdfunding in recent years, entrepreneurs have typically pursued other ways to fund their flash of cash.  The most common method being to use your own personal accounts like savings, credit cards and even home equity loans.  If you are broke or can’t get enough money from those sources, then your next alternative is to try family and friends.

After those possibilities have been exhausted, the next set of options, including bank loans, angel investors, or venture capitalists, are more challenging ways to secure funds and you will need to demonstrate the viability of your flash of cash with a fully blown business plan, prototype and even some sales data before they will consider an investment.

Enter crowdfunding.  As you can see in the “Crowdfunding Your Flash of Cash” diagram below, crowdfunding falls someplace after using your own funds and before looking for money from banks, angel investors or VCs.  In addition to being easier than some of the traditional forms of funding, crowdfunding offers many other benefits that you should consider to fund your flash of cash. 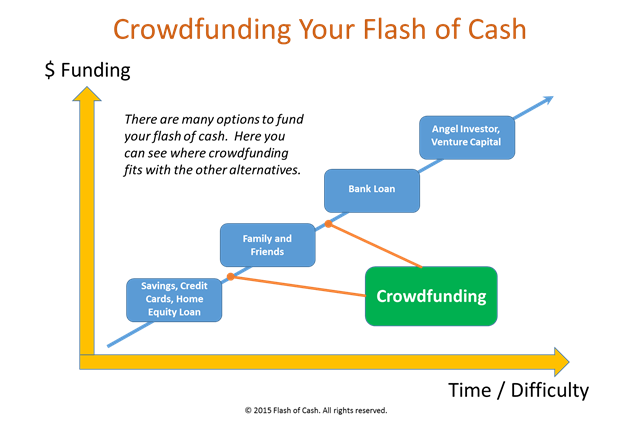 Listed below are 8 Benefits for Crowdfunding Your Flash of Cash.

1. Gets money for your project or business

Crowdfunding gives you the ability to raise money for your flash of cash from an online audience. Typically you will solicit a small amount of money from each individual in a larger community that are interested in your idea. It is also possible to have different funding levels so that some members can contribute more in exchange for a larger reward.

Because crowdfunding forces you to share your flash of cash with a large number of people, it has the added benefit of validating your idea. If you cannot get enough people interested in donating to your crowdfunding campaign, then that serves as an indication that people are not all that interested in what you have to sell. If you do get enough interest and contributions from your crowdfunding campaign, this validates the proof of concept for your flash of cash.

One of the added benefits of crowdfunding your flash of cash is that it you will receive a ton of primary market research from your target customers. They will tell you what they like and dislike about your product or service. You can use this valuable feedback to make improvements prior to launch, or incorporate their ideas into the next version after you launch.

A successful crowdfunding campaign for your flash of cash means that you have already identified some customers that will be willing to buy your product or service when it is launched. More importantly your crowdfunding campaign has identified some key demographics about the people that are interested in your product or service. You can use this information to build your marketing campaign once your flash of cash has been created and launched.

Loyal customers who buy your products and services over and over again are your best customers because you don’t constantly have to spend a lot of money on advertising to get them to buy for a second and third time. People that are so interested in your flash of cash that they are willing to pay for a product through a crowdfunding campaign before it is even available for sale have the potential to become extremely loyal customers as long as you meet or exceed their expectations.

7. Easier than other fundraising methods

Running a crowdfunding campaign is easier than applying for a bank loan or getting funding from an Angel investor or venture capitalist. Banks, Angels and VCs need a good indication that they are going to get their money back and will require you to provide a very thorough analysis of why your flash of cash is going to be successful. In some cases they will want to see that you have already had some preliminary sales or at least have a purchase order from a potentially large distributor or retailer. Unless you have a breakthrough idea that is going to lead to millions in annual sales, you are better off starting with a crowdfunding campaign. If your campaign is successful, you will have a much better shot with this next class of investors.

8. Faster than other fundraising methods

Crowdfunding campaigns usually last less than 90 days and on some platforms, like Kickstarter, your campaign has to be 60 days or less. Both Kickstarter and Indiegogo point out that users see the best results in less than 40 days. When you compare these timeframes with trying to obtain funding from an Angel investor or Venture Capitalist, where it might take 60 days just to get a meeting, speed is certainly a benefit of Crowdfunding.

Today there are two distinct types of crowdfunding and it’s important that you understand the differences.  With rewards based crowdfunding, you entice people to support your flash of cash with a monetary donation by offering them a reward in return.  The most common type of reward is a pre-sale product, i.e., in exchange for their donation you agree to give them a free or discounted version once it is launched.

Most rewards based crowdfunding sites give you the ability to offer different tiers of rewards.  So in addition to a pre-sale product, you might also offer a free coffee mug for a lesser donation and maybe dinner or a speaking engagement with someone that is willing to make a much larger donation.  One thing to consider when you are setting up your reward tiers is to make sure your donors don’t feel cheated when they get their reward.  For example, if you are creating a new app that will cost $1.99 to download when it is launched, you don’t want to ask your donors to contribute $25 for the pre-sale app as they might feel like you took advantage of them.

Equity based crowdfunding is different from rewards based crowdfunding because you are selling a piece of your business to an investor, instead of giving a reward to a donor.  When equity investors own a piece of your business they have a different set of expectations.  They aren’t interested in getting a free t-shirt, coffee mug or app from you in exchange for a small donation, they are buying a piece of a company that they hope will grow larger and will be able to sell one day for much more than they initially invested.

Equity crowdfunding also comes under the scrutiny of the Federal Government through the JOBS act that was initially passed by President Barack Obama on April 5, 2012, but doesn’t become fully effective until May 16, 2016.  This securities legislation governs how much money you can raise and how much individuals can invest in your company with the following provisions. 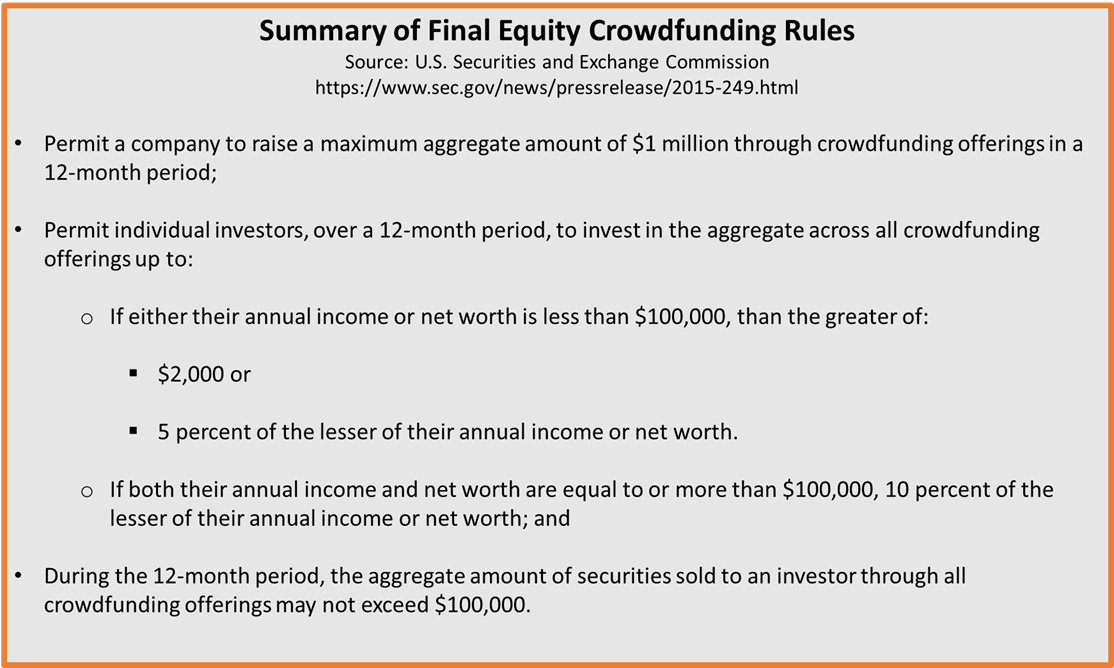 As you search for the perfect crowdfunding site to fund your flash of cash, there are some key things to keep in mind.  These sites were set up to make money and you will have to pay them at some point in the process.  Some, like Kickstarter, are set up so you don’t have to pay anything up front to post your idea, but they keep 5% of your donations plus another 3% to cover their processing fees from Paypal or a credit card company.  Other crowdfunding sites, like Fundable, charge $179 per month but don’t keep any of your money in the form of success fees.

In the table below, you can see a representative list of crowdfunding websites, the fees they charge and a description of the projects or businesses that they promote.

Should You Crowdfund Your Flash of Cash?

Now that you know a little more about crowdfunding it’s time to decide whether it is an appropriate financing alternative for your flash of cash.  In general, the benefits of crowdfunding outweigh the negatives and that is why it is becoming increasingly popular.  Crowdfunding gives you the ability to tap a broader audience than your friends and family and your chances of getting funding are greater than if you follow the traditional route of banks, Angel investors and venture capitalists.

On the downside, you will need to spend a significant amount of time prepping to meet the requirements of the crowdfunding site you choose and you will have a lot of other projects to compete with on that platform.  In order to be successful, you also need to have an established network on social media that you can promote your campaign too.  Simply signing up on a crowdfunding site will probably not give you the visibility you need to achieve your funding goals.

Crowdfunding is not free and you will have to give away some of the funds you raise to the crowdfunding platform if you go with reward based crowdfunding, or give up some of your ownership in the company if you go with equity crowdfunding.  This is not necessarily all negative since you have at least identified a group of people that really think your flash of cash is worth pursuing and are willing to give you money to fund it.  More than likely this group will turn into active promoters of your flash of cash.