Where Does a Flash of Cash Come From?

A flash of cash comes from your life experience.  End of story!  Here you will learn through a variety of stories how people just 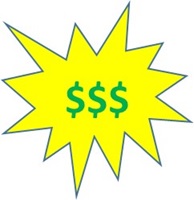 like you came up with an idea that ultimately led them to launch a successful product or service.  The common theme in these stories is that the entrepreneurs identified a problem that they experienced at home or at work and then went about solving it.  They came up with an answer and then realized that it wouldn’t only benefit them, but would also help many other individuals that had the same problem.

Airbnb was started by a couple of entrepreneurs that rented out an air mattress in their apartment to make ends meet and then realized their idea could be applied globally with today’s technology.  They solved a problem for themselves and then realized that there must be many others who would also want to rent out a space they owned to make some extra money.  But Airbnb wasn’t an overnight success.  Chesky and Gebia had to refine their model over time before they found something that appealed to a large number of buyers and sellers so that they could grow their flash of cash significantly.

Here are some popular sources for start-up ideas:

Personal Experience – The biggest source for new business ideas comes from personal experience.  You find a problem in the course of your daily life and figure out a solution.  For example, the “Snuggie” came about because someone didn’t want to get cold arms while trying to change the TV channel, so they decided to create a blanket with sleeves.

Friends or Business Acquaintances – Airbnb was started by 2 friends that met in school and decided they wanted to start a business after they graduated.  Look around you and see if there is someone you want to start a business with.  Make sure you share the same interests, have complementary skills (sales vs engineering), and each have the desire to pursue the flash of cash.  Think of it as a marriage of sorts, since you may be spending more time with your business partner than your soul mate.

Unique Skills or Hobbies – If you have spent many years working in your profession, or devoted significant spare time to your hobby, then you are probably considered an expert in the field.  You can build on this experience and turn it into a business opportunity.  Later on in this book you will read about the “Sticks and Stones” couple that started a multi-million dollar business from a game they used to play with their children while walking in the park.  They take pictures of things in nature, like a tree branch, that looks like the letter of the alphabet and then spell out someone’s name in a picture frame using these natural configurations.

Work Experience – Obviously many new business ideas have sprung from the work environment.  Larry Ellison started Oracle after working for Ampex Corporation on a project for the CIA that he code named “Oracle.”  You also may have a flash of cash while at work and decide that whatever you are working on can be done better or cheaper and decide to pursue that opportunity on your own.  Maybe you even tell your boss about your idea, and she really isn’t interested so you decide to break out on your own.

Market Research – Your flash of cash can come from doing some market research.  Blake Mycoskie started the TOMS shoe company after noting the popularity of the alpargata shoes in Argentina and then researching whether they might also be sold in the United States.  He also added a twist donating one pair of shoes to poor Argentinians for every pair that he sold.